Isabelle Deltore is more than a bucks party stripper at the top of her game.

Hear jaws hit the floor during a rockin’ and raunchy show. Daring dances are interspersed with her getting down and dirty with the crowd.  Isabelle’s arms are as full of credits and awards as intricate ink. She must be seen to be believed!

Isabelle Deltore keeps new routines under wraps ’til last minute.  Issy has taken to the stage in incarnations including:

However she starts, finales have one common element. We see what’s underneath the costume and the crowd goes crazy!

Isabelle Deltore was obviously one of Melbourne’s best Strippers.

Remember, you’re not just booking a bucks night and planning Bucks Party Games. You’re securing your position in history as the greatest best man the world has ever known.

If you’re having trouble making a decision check out the 5 Best Bucks Party Ideas in Melbourne. 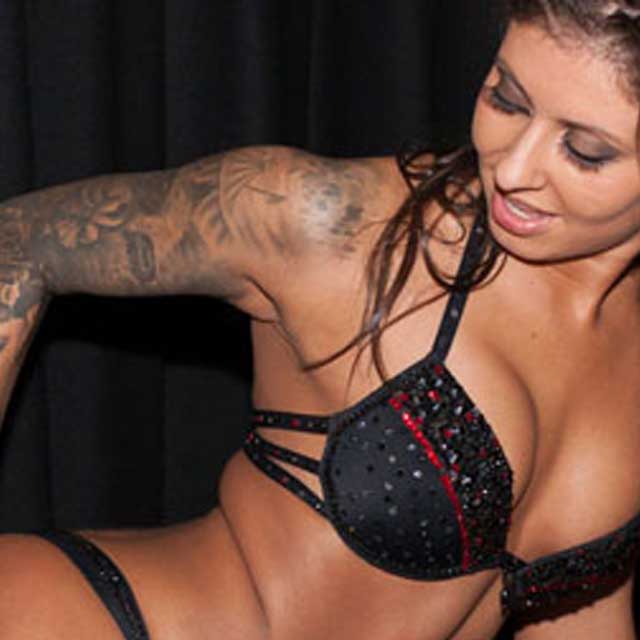