The world of Hollywood lost a great this past week in Bob Hoskins. The short, tough, British actor died after a bout with pneumonia. Such a great actor who was known for great films such as, Who Framed Roger Rabbit?, Mermaids, Nixon, Hook and was also sadly remembered for Super Mario Bros. A truly great actor and a true bomb of a film combined to make a questionable memory. Bob we salute you!

Flight MH370 is STILL MISSING! Or is it? You see I have my own personal theory. I believe the flight was going to crash but Wonder Woman, in all her voluptuous glory, saved the plane, took it back to Paradise Island, gave the passengers a new lease on life, “souped up” the plane and made it her new and improved Invisible Plane……
If you’re really interested in the on-going story, click here.

Boy band sensation One Directions, are said to be looking to sue condom company, Ripnroll who have named one of their brands, “One Erection”. Pffft, bitch please, cry me a river. One Direction management feel the condom company are, “cashing in on [the band’s] sex-symbol status,”. What a joke!
In all seriousness, I would wear one of these condoms and get my lady friend to, “Tell me that it’s beautiful!”

The Logies were on this past week, yawn. Scott Cam took out the Gold Logie, which no offence to the bloke, kind of makes you wonder what state Australian T.V. is in when the host of reality show wins the top prize. We would like to give a shout out to a true Big Boy, who after ten years of blood, sweat and pizza shops, finally got his hands on a Logie for his latest comedy show, Housos! Good work Paul Fenech!

Finally the biggest news story, I think, of the week would have to be the street fight between billionaire, James Packer and close friend millionaire, David Gyngell. Can you imagine being involved with that? You’d kind of want to get a few good hits in and wipe the smug looks off their faces but at the same time you’d want to get laid out so you could chase them for “damages”……
Just goes to show though, the rich aren’t all that different from us.

News around us is wild this month! 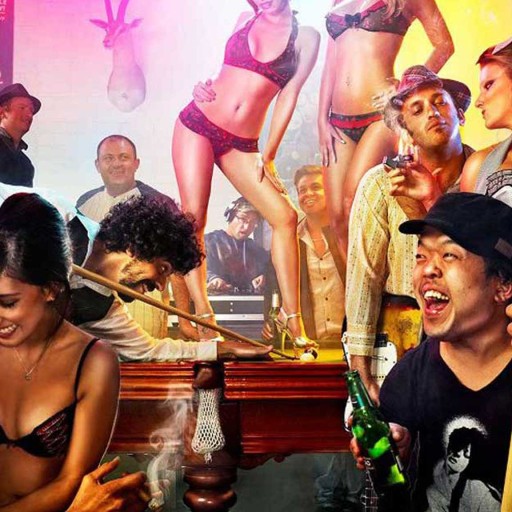